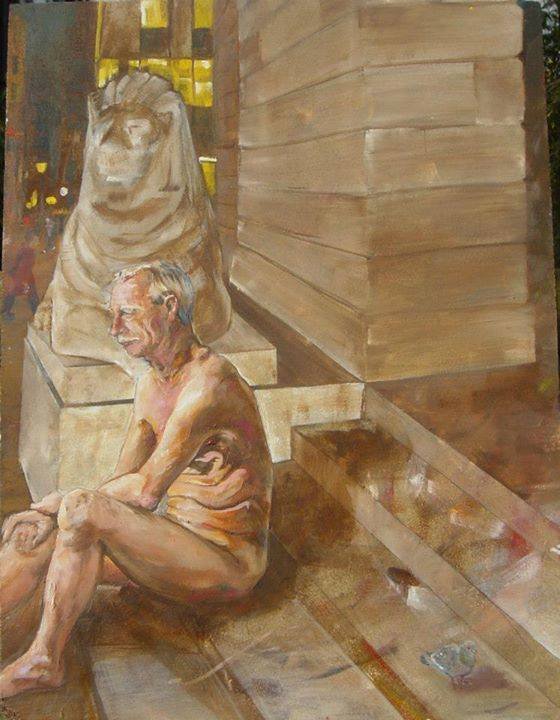 Roger and the Lion

2004 Oil/Alkyd on hardboard. An early big-picture. I painted the figure in the class and then the background from a photo later at home. I enjoyed the idea of putting roger somewhere faintly inappropriate. For those that don't know it is the steps of Nottingham Council House (or the Town Hall in NonNottinghamese). The left lion is a phenomenon! - It is the place you always arrange to meet anyone in town. I have never quite worked out whether it's the left one from the point of view of the waiter or the waitee, but as they are next to each other it doesn't really matter. As this is actually a mirror image of the view south, rather than the view north, I guess I have covered both eventualities. My favourite part of this painting is the view away into the distance. I stayed up this 3AM the night before the 2004 show finishing the background (and watching the Blues Brothers).