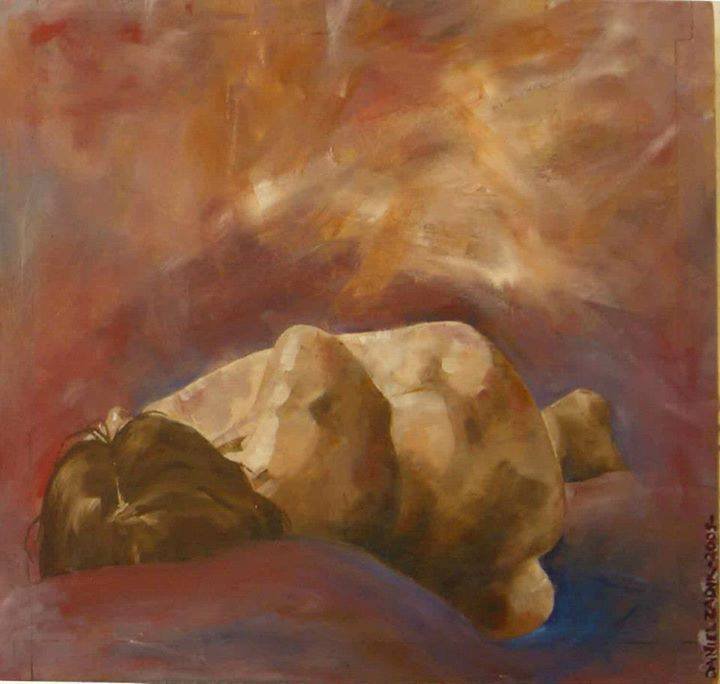 Gill in a Womb-like Place

2005 Oil/Alkyd on specimen drawer in the collection of some guy who came to the show. This was a bit of a turning point for me. Before this I had done mostly small detailed figures, from conventional angles, maybe in a slightly disconnected manner (see "Dianne Thinking about Octopusses" or "Roger and the Lion"). This I deliberately chose a tricky angle, zoomed in and tried to be freer with my brush strokes and colour. Concentrating on the figure more also freed me from the need to think of elaborate new background subjects. In this painting, maybe it shows that I'm on unfamiliar ground (to me it feels a very flawed painting), but I am also quite pleased with it in many ways (hair, shoulder). This guy came to the Big Picture 2006 exhibition and bought this and one by Jude. I'm told that he has a house full of nudes, and that his kid chose this one. It feels strange (good strange) to me to think of this being out there in the world on a wall in a house full of nudes.